When the Earth’s atmosphere is directly linked to the Sun, what happens to our climate when the Sun changes its behaviour and how do we measure it? Atmospheric physicist Joanna Haigh explains how physics allows us to search for the answers. 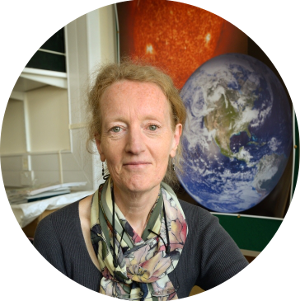 Joanna Haigh CBE FRS is co-Director of the Grantham Institute - Climate Change and the Environment at Imperial College London. Previously she was Head of the IC Physics Department. She has published widely in the area of atmospheric radiative transfer, climate modelling and radiative forcing of climate change. Her work on how changes in solar activity influence the climate has been particularly influential.

All the energy in the Earth’s climate system comes from the Sun. The distribution of solar radiation across the globe drives the weather patterns, winds, storms and precipitation, as well as currents in the oceans. So, variations in the Sun’s activity affect us here on the Earth’s surface and understanding quite how this happens is essential to the interpretation of past climate and prediction of the future.

In the past, the topic of solar influences on climate was largely disregarded by meteorologists. This was mainly due to the lack of any robust measurements showing that the radiation arriving at Earth from the Sun did indeed vary. There was also mistrust of the accuracy of much of the supposed evidence and, importantly, no established explanations for how changes in solar activity might create detectable signals near the Earth’s surface.

This lack of interest from the scientific community lasted into the late 20th century, when the necessity of attributing causes to global warming meant increased international effort into distinguishing what was natural from human-induced factors. Nowadays, with improved measurements of solar energy, and of the ongoing state of the atmosphere and oceans, evidence of a solar signal in the climate of the lower atmosphere has begun to emerge from the noise. Computer models of the atmosphere are providing a route to understanding the complex and interconnected processes involved.

At the current average distance of the Earth from the Sun, which is approximately 150 million kilometres, the incident solar energy amounts to 1361 Watts (enough to power two standard electric kettles) on each square metre of area. This value is sometimes referred to as the “solar constant”. Of the incident energy, 30% is reflected away from Earth and back to space by bright surfaces such as clouds and ice. The remainder is absorbed, warming the surface and the atmosphere. Much of the heat radiation emitted by the surface is trapped within the atmosphere by “greenhouse” gases, which are mainly water vapour and carbon dioxide. The warm atmosphere emits enough heat to space to balance the incoming solar radiation and establish a climate equilibrium.

While this balance is achieved globally, not every location on the Earth’s surface is in energy balance and it is the distribution of all the radiation imbalances that drives the global circulations of the atmosphere and oceans. Most solar radiation arrives in the tropics and in the summer hemisphere. The winds and weather patterns adjust to transport heat away from these regions to the regions of lower irradiance. Thus, the distribution of solar energy over the globe is important in establishing both the average climate and its variability.

On very long timescales of hundreds of thousands of years, the solar radiation incident at Earth changes due to variations in the orbit, and this is probably a key factor in the onset and decline of Ice Ages.  Observational records show that the surface temperature has gone up and down by about 7 °C with a period of around 100,000 years roughly in step with changes in the Earth’s orbit. The temperature increases, however, are rather faster than would be suggested by only considering the orbit and this is understood to be a result of greenhouse gases, mainly carbon dioxide and methane, being released from stores in the oceans and permafrost as the world warms, thus increasing the solar-induced variations.  It is worth noting that these increases will also occur in response to other factors causing warming, specifically human-produced greenhouse gases, but that the increase in temperature over the past century (global warming) is occurring about ten times faster so can’t be put down to variations in the orbit.

But what about changes in energy coming from the Sun?  Direct measurements of total solar irradiance (or TSI) made from satellites outside the Earth’s atmosphere began in 1978 and show consistent variations of approximately 0.08% in TSI over the “11-year” sunspot cycle which, considering a simple energy balance, would produce cyclic changes in global temperature of around 0.1 °C.  To assess the potential influence of the Sun on the climate over longer timescales it is necessary to know TSI further back into the past than is available from the satellite data. There are several different approaches taken to such kinds of “reconstruction”. These all rely on proxy data, such as the number of sunspots present on the Sun, and how these relate to its energy output. The relationship can be calibrated against recent satellite TSI measurements but assumptions have to be made concerning longer-term variability.  This uncertainty is a major problem in gaining a precise understanding of the role of the Sun in climate change, but it is now fairly clear that it may have contributed 0.07 °C to overall global warming between about 1900 and 1960 and very little since.  Over the whole period Earth’s surface temperature has increased by about 1 °C so the global warming which can be attributed to the Sun is minimal.

So, why are we still working on this topic?  An interesting aspect of variations in solar radiation is that they are not the same at all wavelengths.  While the total energy varies by less than 0.1% over the solar cycle, essentially representing behaviour at visible wavelengths, variations at shorter, ultraviolet, wavelengths are much larger (several percent).  This UV radiation is absorbed by atmospheric ozone and oxygen at altitudes above about 12 km. At these stratospheric altitudes, there is a direct and measurable impact on temperature and composition, being generally warmer and having a greater ozone concentration at higher levels of solar activity.

We have shown, through analysis of observational data, that the solar signal actually extends through the lower atmosphere to the surface, but that the effect is largest in temperate areas like the UK and very small in the tropics.  This cannot be the result of direct solar heating which is largest near the equator. What happens is that when the Sun is more active, the jet-streams - strong west-to-east winds flowing at upper levels - weaken slightly and shift toward the poles.  As the jet streams are related to the storm tracks, which have a strong influence on the weather in temperate regions, it is clear that the Sun may have significant influence on the weather in those locations. We have found a similar response in climate model studies of the effects of solar ultraviolet radiation.  Our further investigation into the mechanisms involved showed that a feedback, between the momentum transferred in the atmosphere by upward-propagating waves associated with weather systems and the westerly wind, was crucial to the response.

Other mechanisms whereby a heating of the upper atmosphere  influences regions lower down are the subject of active current research and may also help in understanding the impacts of climate change as well as ozone depletion. A major conclusion of all these studies is that heating of the stratosphere by changes in solar radiation, or indeed by any other factor, can affect the atmosphere below and this can be experienced in changing weather patterns near the surface. The sun may not be the main cause behind climate change, but it might be influencing the weather!

Our atmosphere is dirty. I’m not talking about greenhouse gases — those are a story for another day. I’m talking about tiny particles, just a few microns in size, known as aerosols. They’re so small that you can’t see them, ... 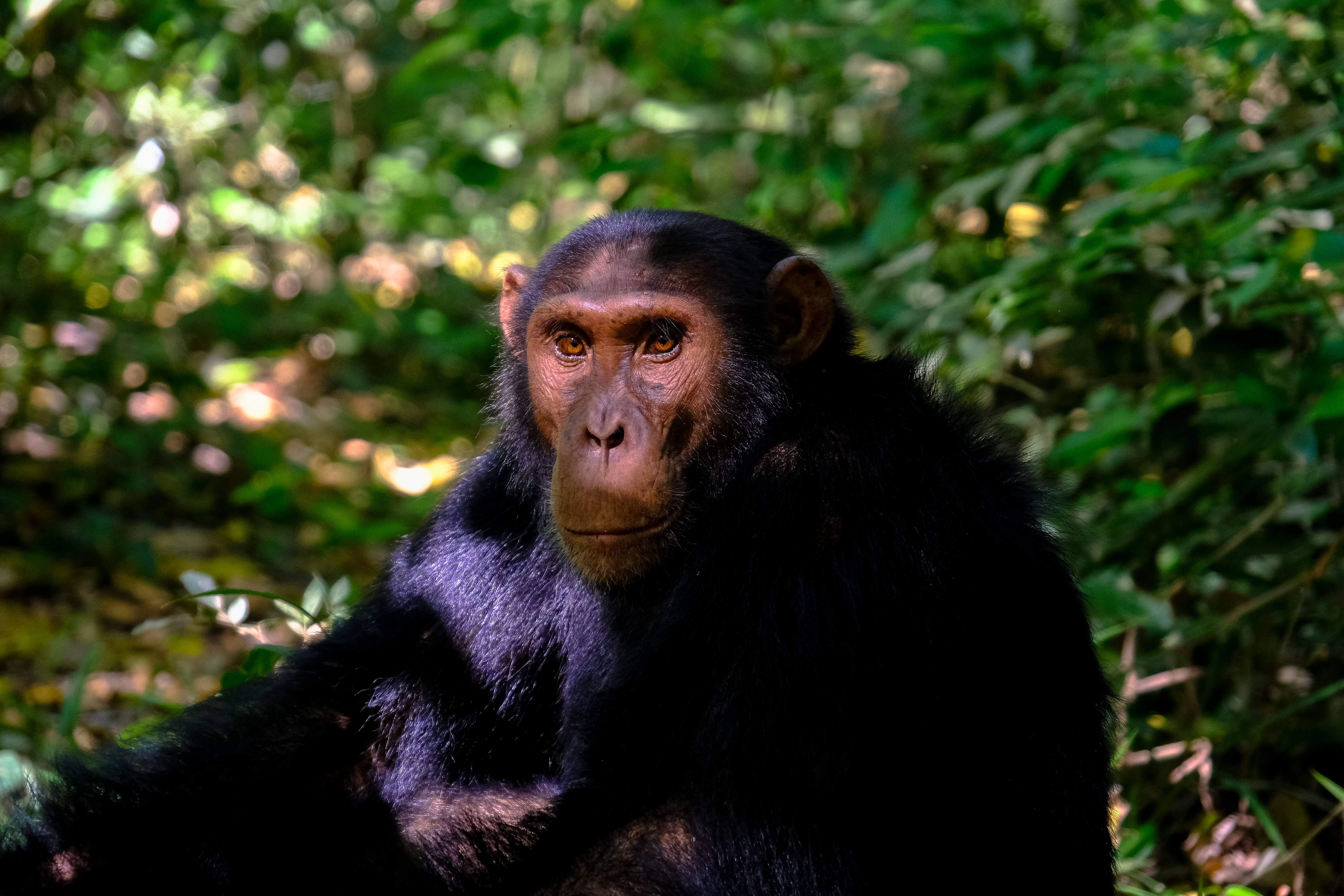 Connecting rainforest hunter-gatherers with wildlife conservation? There’s an app for that!

I recorded this near Bosso, ...